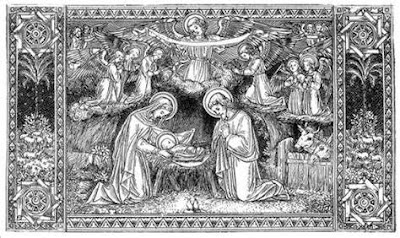 Over the years an oft read series of books by J.J.R. Tolkien, in particular the Lord of the Rings series, have been a comfort in trying times, as well as the films of those books.

Tolkien, who as born in the late 19th century and lived into the seventh decade of the 20th century, endured through, along with millions of others, the First World War, the Spanish flu pandemic, the Great Depression, the Second World War and the threat of global nuclear war which brought the whole human family to a knife’s edge in 1962 with the Cuban Missile crisis, when for all of us alive at that time we endured for more than a month not knowing from one day to the next if war would be upon us. Unlike the title often given, more in hope than in fact, about the First World War, that it was the one which would end all wars, certainly a nuclear war would have been just such, and likely depopulated the earth at the same time.

Because of Tolkien’s life experiences the one quote of his, acted powerfully, spoken with intense feeling in the film version of THE TWO TOWERS, [1] is this: Frodo: I can’t do this, Sam.

Sam: I know. It’s all wrong. By rights we shouldn’t even be here. But we are. It’s like in the great stories, Mr. Frodo. The ones that really mattered. Full of darkness and danger they were. And sometimes you didn’t want to know the end. Because how could the end be happy. How could the world go back to the way it was when so much bad had happened. But in the end, it’s only a passing thing, this shadow. Even darkness must pass. A new day will come. And when the sun shines it will shine out the clearer. Those were the stories that stayed with you. That meant something. Even if you were too small to understand why. But I think, Mr. Frodo, I do understand. I know now. Folk in those stories had lots of chances of turning back only they didn’t. Because they were holding on to something.

Frodo: What are we holding on to, Sam?

Sam: That there’s some good in this world, Mr. Frodo. And it’s worth fighting for.

Today, in the shadows and darkness of this pandemic, many feel like Frodo, that this is too much to endure, this danger appears unending, weariness and discouragement are commonplace. Not everyone has a caring person to speak words of encouragement, not everyone has a Simon of Cyrene to help bear the cross of this pandemic in all its manifestations.

Everyone, believer or not, has the Holy Child Jesus, soon to be born anew among us, anew in the power and reality of Christmas. At the same time He has never left us, not a one of us, believer or not. For billions of Christians He dwells within us through Baptism, for non-believers He stands, tirelessly, at the door of their being, knocking at the door, asking permission – yes Jesus asks permission – to enter.

In the Roman Rite, in the Canon of the Mass, for eight days the Church proclaims THIS IS THE DAY! Not was but IS the day of Our Saviour’s birth.

In the depths of life on earth, in the collective and individual experience of this pandemic, in the midst of concentration and labour camps, on the fields of battle wherever there is civil war, in the tears and cries of the hungry, the homeless, in the midst of the caravans of refugees and immigrants, in the shadow-world of prisons, in hospitals, indeed in every human heart open to Him, He makes of such hearts His manger. At the door of every heart closed to Him Our Lady leaves Him at the door in a manger, waiting for the door to be open, the heart to welcome Him.

He is Love and born to love.

He is born in the depths of our fears, our discouragement, our need for courage to endure, our need for hope that this too will end and the light of a new day will dawn upon us.

He IS our hope, our light, our new day.

Posted by Arthur Joseph at 4:12 pm